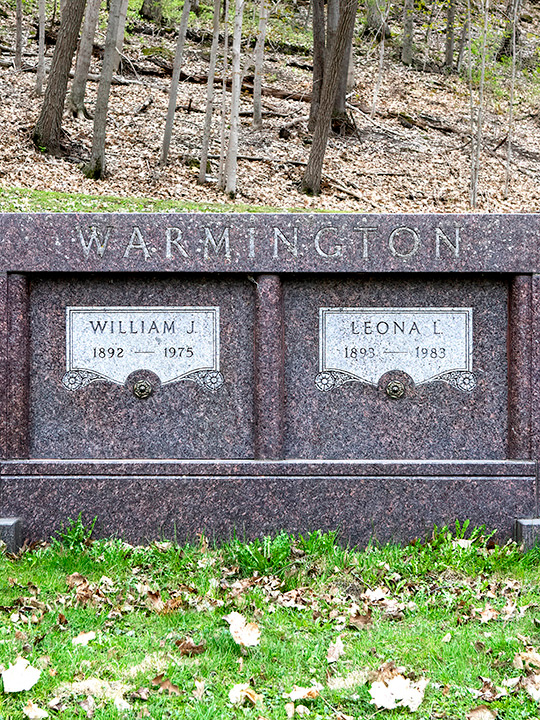 William J. Warmington was born in Connecticut in 1892 and eventually made his journey to Winona in 1914. He was employed by George Stager who owned a jewelry store in the downtown area.

In 1922 Mr. Warmington proceeded to purchase the jewelry store in which he had worked for a number of years. He operated Stager Jewelry until 1957 when he sold the business to his store manager, Mrs. Louise Dean.

William Warrington eventually married Leona Louse Linker from La Crosse, Wisconsin. Leona’s mother was the daughter of Gotleeb Heileman, founder of the Helleman Brewing Company. William was appointed on the Heileman Brewing Company, Board of Directors shortly after their marriage.

William died at the age of 83 years on November 30, 1975 and was entombed inside their mausoleum. Years later on December 2, 1983 Leona died and was reunited with her late husband at Woodlawn. The mausoleum was built prior to 1975 out of granite and large enough to hold to two coffins inside.