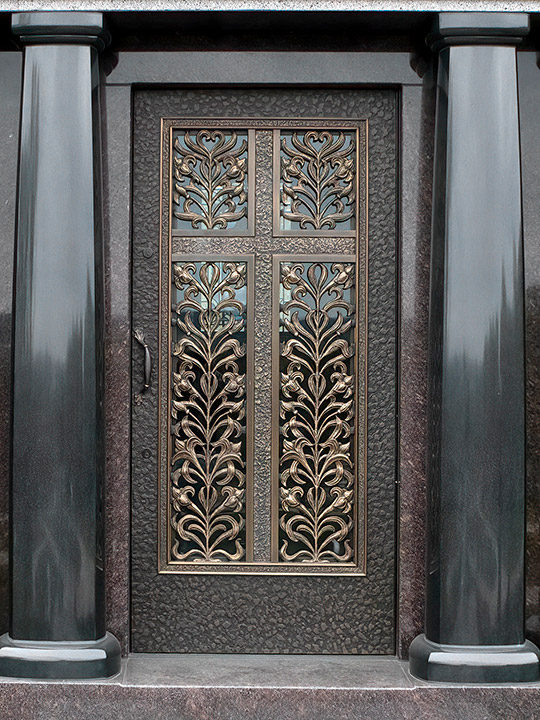 The quest for excellence has long been associated with Ron Wanek’s life and business. Ron grew up on a dairy farm in Minnesota, is fifth generation within his family to live in the city of Winona. He started his career as a carrier for Winona Industries in 1961. Ron’s strong work ethic and ambition was quickly noticed by the owners of the factory. Over the years he was mentored and taught all the various aspects of running a successful manufacturing business.

Over the years Ron and Joyce have never forgotten their roots by generously giving back to the communities and organizations in which they strongly believe in. They have been honored with many awards for achievement but probably the most cherished award will be the Horatio Alger Award. The Award symbolizes leadership and commitment to excellence.

A mausoleum was built in honor of Ron’s gracious lady in his life, Joyce (Steege) Wanek. On the east side of the mausoleum a tribute is engraved to his wife by sharing some of her qualities that she has instilled in their family over the years. A true love story. The other feature which is unique to the cemetery is honoring the Wanek family generational history on the granite steps leading up to their mausoleum. The mausoleum was made and constructed from Dakota Granite and purchased through Lewiston Monument.