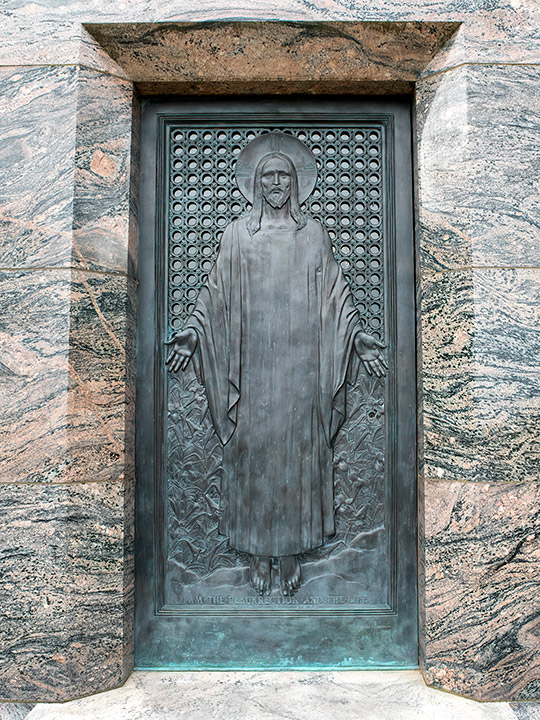 Upon Paul Watkins death on Christmas Eve, 1931 the family decided to design and construct a family mausoleum at Woodlawn Cemetery. In 1934, Paul Watkins was buried in the mausoleum along with the cremains of his father, mother and sister.

Banks were closed at 2:00 p.m. and business establishments throughout the city of Winona ceased activities for three minutes at 2:00 p.m. in tribute of a sudden death of Paul Watkins, president of J.R. Watkins company and vice-president of Winona National and Savings bank. Between 1,200 and 1,500 people came out to view the body, which lay in state in the northwest drawing room at the Watkins home.

The design for the mausoleum was initiated in 1932 and construction completed in 1934 by Coldspring Granite Company. A bronze door titled “The Resurrection” depicts a standing figure of Christ rising.