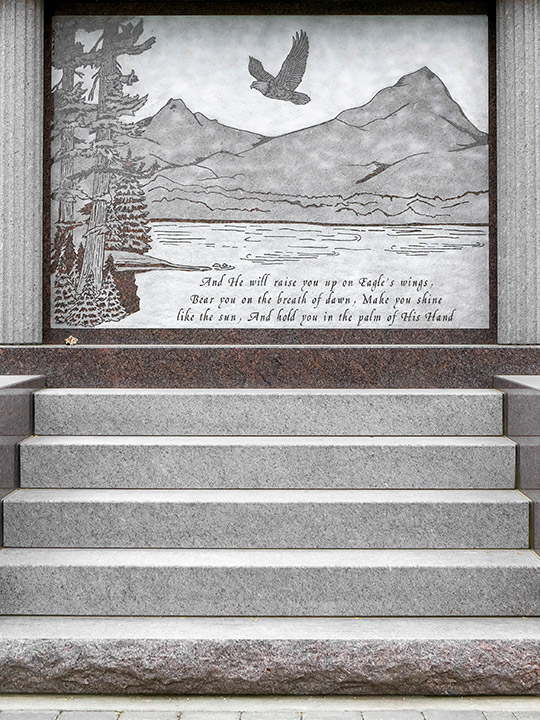 Back when a young Dan Mrkvicka was 13 years old and learning how to drive, his mother would take him to Woodlawn Cemetery to improve his navigation skills with the family car.

But what Dan remembers most clearly was asking his mother about the various small structures at the cemetery. His mother told him that those ‘monuments’ were called mausoleums where the remains of the deceased were laid to rest. She added that someday she would like her remains to be placed in a similar mausoleum.

Over the years, Dan talked to other family members about fulfilling his mother’s wishes by creating a mausoleum at Woodlawn. Everyone in the family expressed interest in pursuing this and in September 2011, Dan began the process of building that final resting place for family members by contacting Dakota Granite to assist with the process of building a mausoleum for their family.

The following year in 2012 the mausoleum was completed. Dan’s dad was instrumental in developing the landscaping that’s surrounds the mausoleum and the grounds have been maintained by the Mrkvicka family ever since.

It all started by a son’s conversation with his mother about the structures he saw in the cemetery.