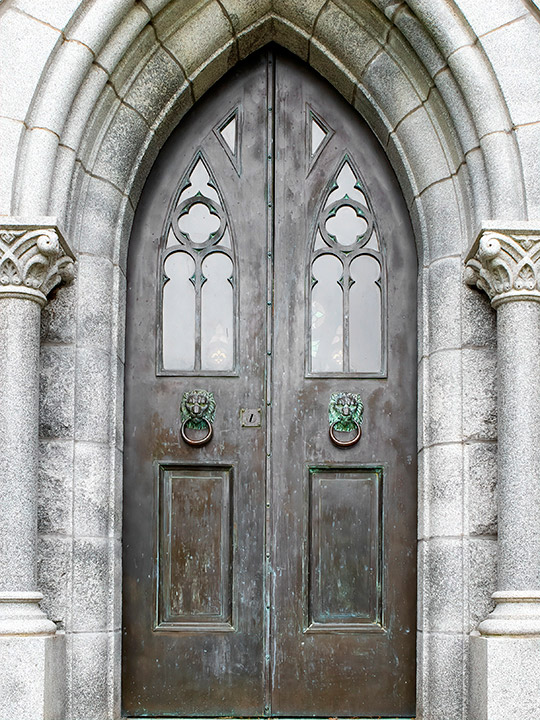 Joseph Ray Watkins, or J. R. Watkins was born in Ohio in 1840. As time past J.R. Watkins found his true love and married Mary Ellen Herberling in Ohio in 1868. They packed their bags and family and moved to Plainview, MN where he established a manufacturing business. The business continued to grow and eventually moved his family and business to Winona.

Mary Ellen Watkins became ill and died in 1904. Years later in 1911 J.R. Watkins died suddenly while vacationing in Jamacia with his second wife Martha King and stepson and his family. J.R.’s cremains were brought back to Winona for entombment in the family mausoleum.

The total weight of stone shipments came to 128,000 pounds or 64.4 tons. The mausoleum is different from any other in the cemetery with the provisions being made for the interments of bodies under the floor of the vault instead of along the sides. The mausoleum looks like a little chapel, with handsome stained-glass windows on the south end of the structure.