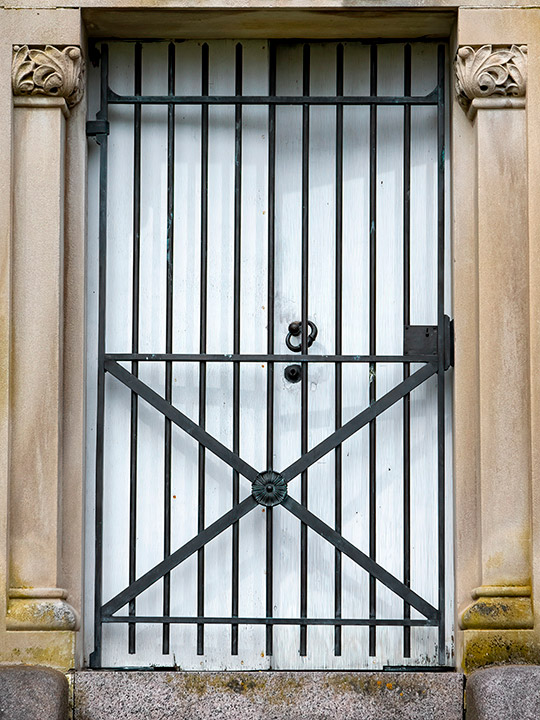 Stephen Gage was a ten-year veteran of the Green Bay and Western Railroad, was married to Caroline “Carrie” Peter in 1895 in Winona. Caroline Peter was born in France in 1863 and came to America in 1879 when she was 16 years of age. Caroline worked and saved money to bring her family here 8 years later.

Shortly after their marriage, Caroline had a two-story double building constructed on East Third Street (now occupied by Hardt Music) for her millinery shop which she operated until 1915 when she closed it due to ill health.

Caroline died in 1945 at the age of 81 years old and was entombed in the mausoleum with other family members. The Gage vault was built by Caroline Gage in 1901 to hold her husband, Stephen P. Gage who was killed in railroad accident in Arcadia, Wisconsin. The construction of the six-crypt mausoleum, was made of Barre, Vermont granite.