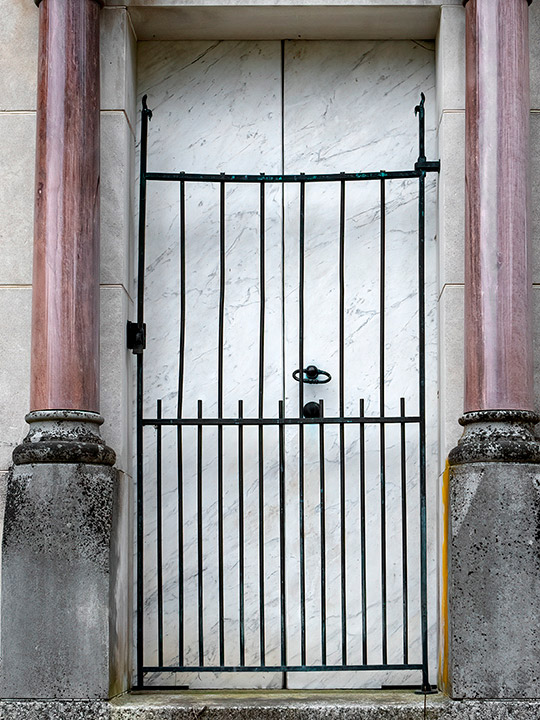 Albion Crockett was born in Maine in 1838 and then moved to Minneapolis around 1855 where he met and eventually married Emma Firman from the opposite side of the Mississippi River in St. Paul. Colonel Crockett was employed lumber industry and longtime mill superintendent for the Youmans Brothers and Hodgins lumber company.

In 1906 Albion Crockett died of tuberculosis. Emma Crockett-Crowe became ill and died on July 16, 1913. She was entombed with her daughter and first husband in the family mausoleum.

The newspaper article in the Winona Republican-Herald reports the vault was constructed over a solid six-foot foundation of stone made out of granite. The main portion of the vault is built with Bedford stone. The dimensions of the structure are nine by fourteen and half feet in size and contains three crypts.