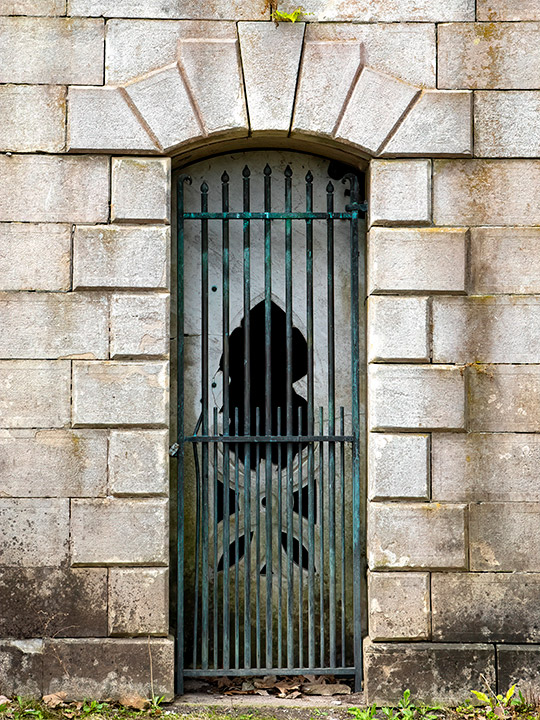 Located in Section Q, Lot A

Seymour Brown came to Winona in 1859 to open a shoe and boot shop. He was described as a very energetic and careful businessman. Seymour had retired from active work in 1863 due to ill health. A year or two later, his health had improved and proceeded to purchase the business back from James M. Smith. He remained in business until his death. Upon Seymour Brown’s death was cited in the newspaper as being one of the valuable citizens in Winona.

Brown mausoleum was built in the late 1870 by Mrs. Lois Brown for her husband, Seymour Wilder Brown who died on February 26, 1870.

The interior of the mausoleum was lined with oak paneling and was large enough to hold up eight coffins. Trempealeau stone was cut for the front of structure. The size of the vault is 12 ft. in front and 13 ft. It is the only mausoleum in Woodlawn built into the bank of the terrace.