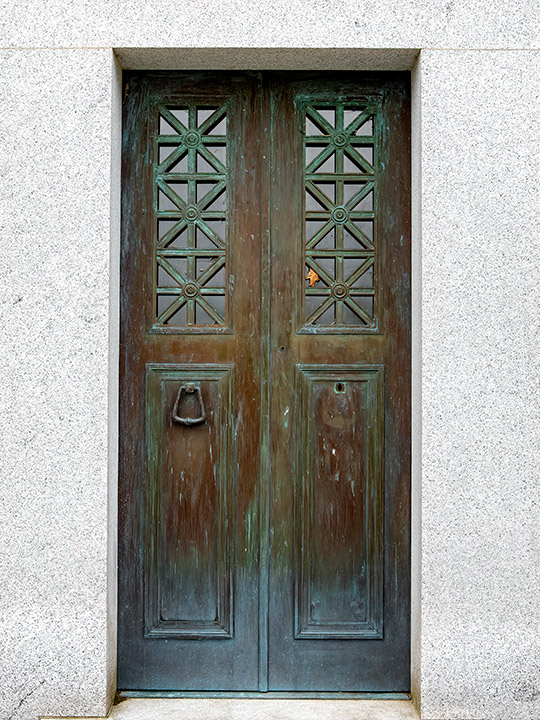 Dwight Brooks was born in the State of New York in 1849. He was a trained physician in Minneiska, a city in Wabasha and Winona counties. They later moved with his wife to St. Paul, Minnesota where he was president of the Brooks-Scanlon Lumber Company. Back in January of 1930, Dwight was traveling to visit one of their mills in Oregon, when he suffered a stroke and was taken for medical care in Palm Springs, California where he later died on January 21, 1930. Dr. Dwight Brooks cremains were brought back to Winona to be placed inside their family mausoleum.

Anna (Keyes) Brooks was originally from Michigan and moved to Winona as a child. Anna was married to Dwight Brooks in 1876. Prior to her marriage Anna had taught in the Winona schools. As the years past the couple experienced a setback when Anna (Keyes) Brooks died in Winona on July 23, 1920.

The Brooks mausoleum located on the upper terrace was ordered and overseen by Dr. Dwight F. Brooks back in 1921. The mausoleum was constructed of Mount Airy, North Carolina granite and was large enough to hold 8 coffins.