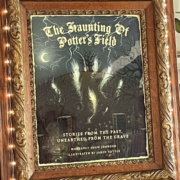 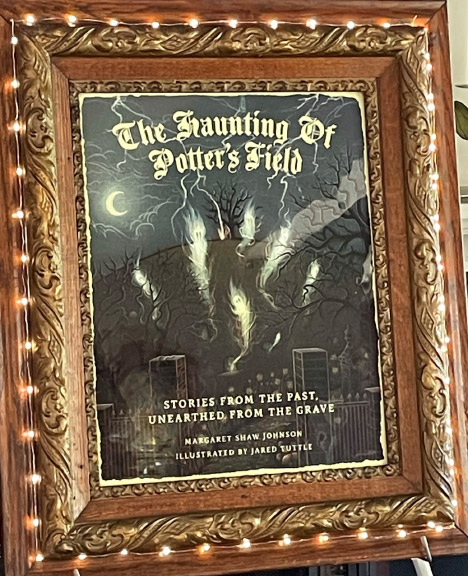 Playwright and author Margaret Shaw Johnson has just released an illustrated book featuring Woodlawn’s Potter’s Field. Although the title evokes Halloween, these are not ghost stories. Rather, they are mostly true stories of people who lived in or passed through Winona on journeys toward better lives. In our studies of American and Midwest history, we know such stories well, but mostly through the lives of people who succeeded…people who started with little, worked hard and eventually achieved the American Dream. But what of those who never made it…what of all those people who started with the same dreams, who worked hard, who tried but who, for a thousand reasons, died poor and often alone to be buried in paupers’ graves in potter’s field? These are the people who struggled but who met with obstacles too great for them to overcome. Their stories, some revealed in this book, are essential to our understanding of what it took to build this great country and the price that some paid.

In creating this book, Johnson collaborated with illustrator Jared Tuttle, a graduate of the Minneapolis College of Art and Design. Each story is accompanied by gorgeous and haunting illustrations, enlargements of which are now, until November 14, being displayed in the Slaggie Family Lobby Art Gallery at the Winona History Center. Johnson had Tuttle visit Woodlawn Cemetery and potter’s field before working on the illustrations, telling him that beautiful Woodlawn, playing so prominently in the stories, is itself almost a character in the book.

Sales of the book have been robust. Says Johnson, “Book sales have far exceeded my expectations. I sold out my entire stock at a book launch event at the History Center on October 8, and while I have more on order, given supply chain issues, I may not get them until Thanksgiving. Still, that is just in time for Christmas!” Once available, books can be purchased at: Winona History Center Gift Shop, Winona Visitors Center, Hearts Desire, Chapter 2 Books and the Red Wing Arts Depot Museum and Gift Shop in Red Wing, MN. They can also be ordered, with free delivery within the Winona city limits, at the author’s publisher website: ravenspointpress.com.